Apple Credit Card is a New Revolution in The Financial Industry 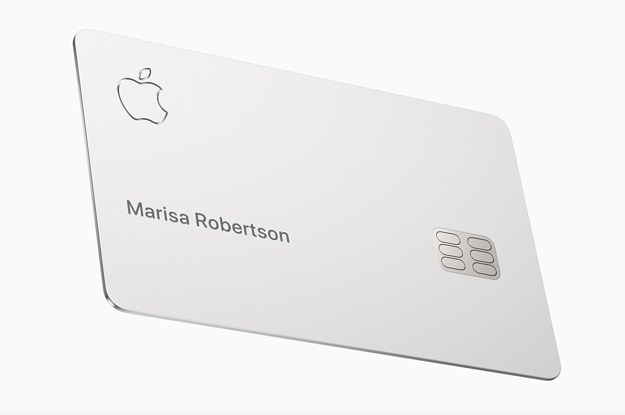 No bigger news should get you excited in the financial industry, like the new Apple credit card.

Rewards That Comes with it

Apple Card has the best of its peers in its cashback rewards. As consumers, you are entitled to 3% cashback on every purchase at Apple, and a 2% cashback on other purchases via Apple Pay, and another further 1% cashback on purchases done physically- titanium credit card.

The rewards attached to this card make it one of the best cashback credit cards.

Here are the main features. Despite having penetrated the retailing market in the U.S., there are still a significant number of stores that do not accept Apple Pay. In case there will be a rise in the demand for Apple Card, more retailers will likely accept them. More consumers will even love it because of the 2% rewards.

Second. No more waits! The Apple Card gives daily rewards on cashback. You won’t have to wait for your amount to accrue to the redeemable levels. The “Daily Cash” is added to your Apple Cash card every day.

These rewards can pay down the Apple Card balance and send them to friends through the iMessage.

Last, of the three, the 3% rewards apply to more than just the Apple stores. It is usable on the App Store and Apple services. We believe that these improvements will create a mass migration or adoption by the consumers to the Apple world.

Fees are a Gone Case

There are no fees charged here whatsoever. No annual fee, no late fee, no fees charged on international transactions, not even the over-the-limit fee. Don’t even think of a penalty rate because it’s not in the picture.

The App is Easy to Use

In the app, you can see the balance on your card. It also shows the number of days until the payment is due.

Besides, this fantastic app is excellent as a budgeting tool. You need a mere tap to see your spending displayed in a color-coded category; this is in your weekly and monthly expenditure.

You will undoubtedly be enthralled by how this app conveys payment and interest rates to you as a consumer.

It’s even easy to make several monthly payments to reduce interest charges. And above all, this app makes it easier to understand the purchase store.

Finally, you only need to send a text message to customer support!

It’s time to sit back and wait to see the other credit card issuers’ response. With all the features discussed above, it’s pretty much easier to understand why the Apple Card app has the potential to revolutionize the financial industry differently.

The traditional financial sectors did not see this coming! And dismay, nightmares have quickly turned into reality-Apple is now in the banking game.

This new credit card healthy for the financial industry. It comes with many promises, most of which are almost totally new, some of which certain fintech firms and challenger banks are trying to incorporate into their credit products.

According to Apple Pay Vice President Jennifer Bailey, their sole objective with this card is to help consumers have “a better understanding of their spending so they can make smarter choices with their money, transparency to help them understand how much it will cost if they want to pay overtime and ways to help them pay down their balance.”

Available as a Mobile Application

In about six months, potential consumers living in the United States will be banking from their hands. They will be in a position to sign up for the Apple Card using the Wallet app available on the iPhone and start using Apple Pay straight away.

Today, many banks allow a customer to sign up for a credit card online; however, none that we can think of has so far done the Apple-enabled the immediate use of credit. It’s an emerging trend, so to speak.

For example, Tandem is a challenger bank with something close to the Apple moves through with a lot to do before using the services. Here, the customer waits until he/she receives the card, activation of the card in the mobile app follows, before visiting an ATM to activate it further before using it in making purchases.

It’s a massive reduction in Apple’s due process, and it won’t be a surprise seeing most Americans going this way.

Apple categorizes payments, classifying them as Food and Drinks, Shopping, and Entertainment. As if that’s not enough, the tech giants have gone a step further by using “machine learning and Apple Maps to label transactions with merchant names and locations.”

After this announcement, the appetite for an Apple credit card in the U.S. is now growing. Goldman’s invasion into the credit platform is an interesting one; this comes barely three years since launching its finance platform-Marcus. What Apple is offering is not different from what fintech players have. However, reports have it that due to the customer data that the Giant Tech company already owns, the company is one step in front of the others in the financial industry, and they will have a catch up to play.