Consumer Debt Will Reach $4 Trillion by The End of 2018 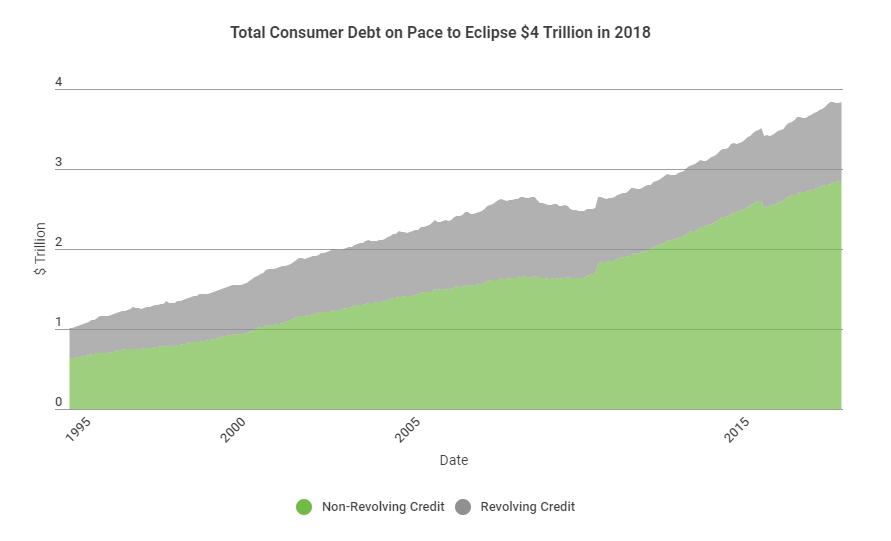 Since 2012, consumer debt has constantly been growing and will likely reach a new record in the second half of this year.

About 10% of people’s monthly income is directed toward paying non-mortgage debts such as credit cards, auto loans, student loans, and personal loans.

You need to think about three key areas when managing these balances.

We all know that Americans like to borrow. But the fact that the total consumer debt is going to reach $4 trillion by the end of this year doesn’t look promising at all. 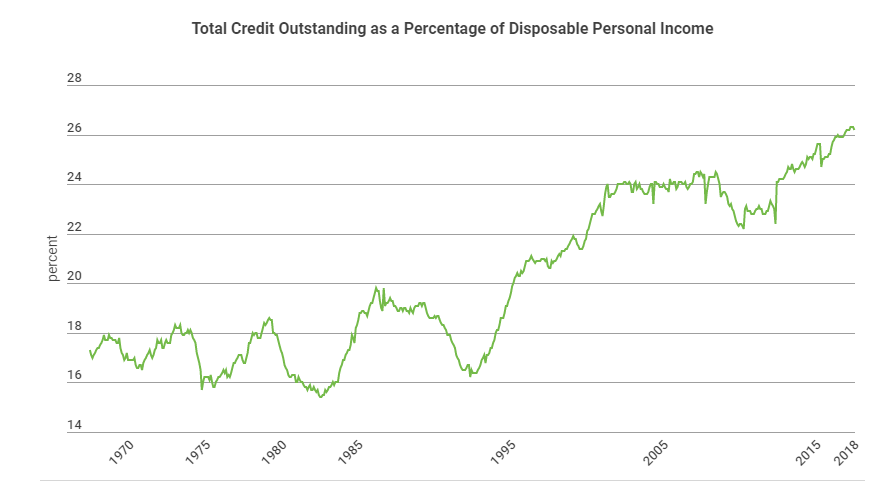 According to LendingTree, which analyzed data from the Federal Reserve on non-mortgage debts, including credit cards and auto, student, and personal loans, Americans owe over 26% of their annual income to this debt. This is 4% more than in 2010 and higher than the debt level in the mid-2000 when credit was widely available.

Credit card and auto loan debts increase by over 7% a year, and housing debt is climbing by slightly more than 2%.

For about two years, consumer credit has been increasing by 5% to 6%, and LendingTree estimates that consumer debt will reach over $4 trillion by the end of 2018.

This is not a surprise considering that the debt level has been increasing since 2012. Consumers spend around 10% of their income paying this debt, while the same debt type was about 12% to 13% from 2000 to 2008.

However, credit card delinquency rates are at 2.4%, which is quite low.

What to Know if Your Personal Debt Increase

Also, in case your credit card debt is increasing, consider switching to your debit card. This will allow you to whittle down your debts by first attacking the balances with the highest rates. On the other hand, in case you have a lot of small balances, you might want to neutralize them first.

A Lot of Credit Card Holders Do Not Shop Around

Despite the current recession, consumers have paid off more than $73 billion in credit card debt during 2020. This is the first time overall credit card debt has decreased since 2013. Since 2014, all debt (mortgage balances, auto loans, personal...

Lockdowns across the country prevented many people from eating out in restaurants, shopping in malls, retail stores, and vacation. This could be a contributing factor to the uptick in FICO credit scores. With less opportunity to spend discretionary funds, many...