List of The Best Bitcoin and Altcoin Platform Exchanges 2022

The Bitcoin world has evolved wonderfully since Silk Road and the MtGox fiasco. Things are now taken seriously. There’s around $10 Billion invested into Bitcoin, and over a billion of this is put into Altcoins like Ethereum, Litecoin, and over 100’s more!

The Altcoin market has grown excessively. From $60 million in 2013 now, they are with over $1 Billion. There is an increased interest in speculating on the Altcoin trades. The stock market is a dying interest among technically inclined millennials. So, a lot of investment money is flowing this way, and everyone wants a piece of the action.

But to get involved in Bitcoin or Altcoin investing, you need to use an exchange that you can trust. You do not want to be in the situation that many MtGox users were in when hundreds of millions of dollars ‘went missing,’ and only roughly 200,000 bitcoins were ever found.

There have been many Bitcoin exchanges that went bust. Quite a few were for fraudulence and hacking. Some of these include Bitfloor, Bitparking Exchange, BTC-E, BTER, Cryptsy, and Vircurex. Many millions of dollars worth of cryptocurrencies and cash funds were stolen from these sites.

So keep yourself safe and trade at one of the exchanges below. We’ll make sure this list is kept up-to-date, so if any of them turn risky, we’ll make it known with a time-stamp and information on why we believe the label is necessary.

Here are the best Bitcoin and Altcoin exchanges of 2022:

If you want to be able to trade not only Bitcoin but also many different Altcoins, Poloniex is definitely the place to be. They blew up in popularity over the past year. This is mainly because of the popularity Ethereum had when it first launched. Everyone started trading there because all the Ethereum investment money flowing through them. Kraken regularly pulled in no more than a quarter of what Poloniex did in a day, and they don’t have a good selection of high volume Altcoin trading pairs.

The thing about Poloniex that makes it exceptionally amazing is the fact that you can do margin trading on Altcoins here, and their system is practically unbreakable.

How Does Margin Trading Work at Poloniex?

Smart traders make a lot while trading on margin. The 40% requirement (and 20% collateral) mean there are limited gains and losses. However, it is still possible to get stuck in a forced liquidation if you drop below your 20% collateral. You could even lose all the funds in your margin account if the price goes low enough — and remember, it takes a 40% shift in price to cause a double-down or to lose all your money.

But if you can get into a position near a wall (big bid or sell order), then you can put a stop-loss order in the right after it. Then you will have an ultra-low risk trade you can get into that has a nearly unlimited upside. If you can catch the market at the bottom or top, then you wait to close your position once big news stories cause a violent shift in your favor.

Of course, you can trade however you want; whenever you Altcoin trade on Poloniex, you will feel in total control of your investment. Try it out with little funds at first, and you’ll see how easy it is to figure out.

Also, Poloniex typically pulls anywhere from $10 to $30 million in trading volume every day.

While Bittrex is not nearly as large as Poloniex, they are still a huge Altcoin exchange. There have also been numerous coins pulling million dollar volume days lately. Many people buy Altcoins on here to stack up on in hopes of them getting traded on Poloniex someday. The moment a coin is announced for trading on Poloniex, it tends to have a violent spike upwards in its price on all other exchanges that already carry it.

Your money is definitely safe at Poloniex, and that’s no different at Bittrex either. These are two Altcoin exchanges that have never had any real financial problems. Even when some difficulties occurred, they’ve always done the right of their users. So it is understandable why many traders here with decent stacks of coins.

However, it would help if you remembered that both Poloniex and Bittrex are not really Bitcoin exchanges. You will want to buy and sell Bitcoin elsewhere. Still, Bittrex gets millions of dollars in daily trading volume, and they’re definitely legit.

If you want to trade Bitcoin and cash, you should do so on Bitfinex. They get into the 8 figure range in daily volume, meaning over $10 million a day in trading volume. You can even do margin trading with bitcoins on Bitfinex. They offer leverage up to 3.3x, which requires a 30% starting margin and a 15% collateral.

Some Altcoins trade on Bitfinex. They are Ethereum and Litecoin. Ethereum gets into the 7 figure range, meaning they receive over $1 million in trading volume daily. Litecoin only pulls thousands to tens of thousands a day usually. In total, Bitfinex gets in the range of 10 of millions of dollars of volume every day.

Kraken is an exchange that has been growing for a while. They get millions of dollars in Ethereum volume each day. They also have The DAO trading, which gets hundreds of thousands of dollars worth traded each day. Other Altcoins at Kraken include Litecoin, Dogecoin, Stellar, and Ripple. In the course of a day, Kraken doesn’t typically pull more than $10 million in total trading volume.

GDAX is a digital asset exchange that allows you to buy Bitcoins with USD and Ethereum with either USD or BTC. Their prices are set for buys and sells and change regularly. It doesn’t work so much as an actual exchange. You’re paying a premium on either side of the trade, but it is easy to fund your GDAX purchase once you set yourself up. Also, they pull millions of dollars in trading volume daily.

You can buy Bitcoin with USD or EUR through Bitstamp. Usually, Bitfinex is a better option, but millions of dollars’ worth of Bitcoin traded on Bitstamp each day. You will also find that their market depth is reasonable. Walls of 1,000 BTC or more usually protect support and resistance levels. But you won’t be able to do any Altcoin trading here since they only offer BTC to fiat trading pairs.

Thousands of Altcoin traders have used YoBit without having any issues. Some complained, but it is mostly due to the scammy trades. There are a lot of no-value Altcoins available for trading on here. Many are also pump and dump schemes looking to lure unexpected buyers chasing the waves.

Yet YoBit tends to payout without any issues regardless of your withdrawal size. They have not had any real hiccups. They also got out of the ICO game, which is good because every Tom, Dick, and Harry could sign up for a few dollars and sell ICO shares to their own coin. So they are on the right track, and now many days, they have a million dollars or more in trading volume.

Still, there are much better sites to trade at, and most likely, you will find a better trading volume elsewhere on the coin you are interested in. The only trading interest at YoBit involves very small market cap coins. They don’t really have many steady markets on YoBit, making it a bad place to trade for beginners.

Need to buy bitcoins in a flash? Go to Local Bitcoins and select the payment option you can provide. Then see what people are paying for bitcoins right now. There are countless payment methods you can offer. You can put money into their bank, send an e-transfer in Canada, do a bank transfer, a wire transfer, give cash by mail or even meet in person.

Heck, you might even have a Bitcoin ATM in your city, but this might come at a steep fee. When you work with someone on Local Bitcoins a bit, you can negotiate to get a discount on the rate they charge you as well. There are many great exchanges on this site, and as long as they make a little for their time, they are happy.

What About The Chinese Exchanges?

So you will find a very high volume of trading going on at Chinese exchanges like Huobi and OK Coin. A lot of this is real, but a fair bit is fake and used to increase the buy and sell interest. They want to get the market moving and decide which direction the price should head. The BTC price in USD is often dictated by what the CNY rate decides to be. And many Americans trade on Chinese exchanges daily and solely; at these two particular Chinese Bitcoin exchanges, your funds are certainly safe. 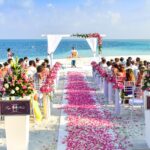 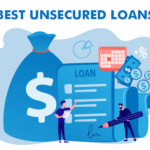