College education has helped millions of learners to become more prosperous, have higher lifetime earnings, have the power to change the world, and have a better quality of life. Though, getting this education may be a tough journey especially to those from low-income families. The question “where is the money” is very challenging, that’s why the majority run for a quick cash “loans” to support their education level. The fact is, the more you borrow to cater for your education fee the more you are digging into huge debts.

Anyway, if you are a former or current student with debt loan, do not worry since a Natty Light company is giving out $10 million to help pay off your debt. The content below explains how the company works and how you can get the money to clear your debt.

Natty light, also known as natural light is a beer brand owned by Anheuser-Busch. The brand gets well known in making enormous donations to clear the Americans student loan debt. Back in the year 2018, the beer brand announced its plans to donate $1 million to 25 students who made videos about their inspiration for attending college. After the cash was given to students to clear their debts, the donation gets highly appreciated by the recipients.

Interestingly, it’s committed to giving out another $10 million to students through its college debt relief program, to help reduce the student loan debt over the next 10 years. Maybe it’s the least they could do to consider their client’s hangovers, and the natural beer is one of the many beers of choice at college parties.

The press released by Daniel Blake, the Senior Director of Value Brands, Anheuser-Busch shows how they are making pledges to give back $10 million over the next decade to help the more deserving individuals and shine a brighter light on the college debt issue. The two seniors explained why they made pledges saying, “Last year, the College Debt Relief Program had a major impact on the natty community, both financially and emotionally. But, student debt in America continues to rise, so we’re coming back with an even stronger commitment that will make an impact well beyond 2019.”

Natty light responded to the “crippling” (as called by the brand) with the effort to donate $1.5 trillion the outstanding student loan debt all over the US. The statistics show that more than 44 million Americans owe this debt. The debt has overburdened the economic status of America as it is ballooning daily since the students are enrolling and graduating every year. The beer company says that this enormous college debt ruins the party.

Remember, student loan debt is now leading with more than the American’s total outstanding credit card debt to an average debt of $32,731 as per the Federal Reserve report. Over 11 years ago, student loan debts were about to reach a climax with 157% debts. The report shows that student loan debt crisis is about to get worse and by the next 4 years (2023), 40% of borrowers may default on their loans. To overcome this issue (the growing student loan debt), Natty is offering another $1 million this year to assist more 70 students to pay their loans as quickly as possible.

How to Enter and Win a Chance

If you want to join the natty light and stand a better chance of winning $1 million to pay off your college loan this 2019, you need to:

The Natural Light team collaborated with Cash App (the mobile payment service developed by Square), a joint campaign on a cash giveaway on Super Bowl Sunday. The campaign aimed at millennials and the oldest members (more comfortable than older generations), who are coming out of college with massive debt.

Interestingly, Natty announced to disperse $53,000 to over 151 fans via the payment app. The money is targeted to help them pay their monthly student debt and free up funds for a Super Bowl party. The campaign helps to showcase natural light’s commitment to its loyal fans and social causes that influence their purchasing decisions.

Qualifications for a 2019 Super Bowl Sweepstake 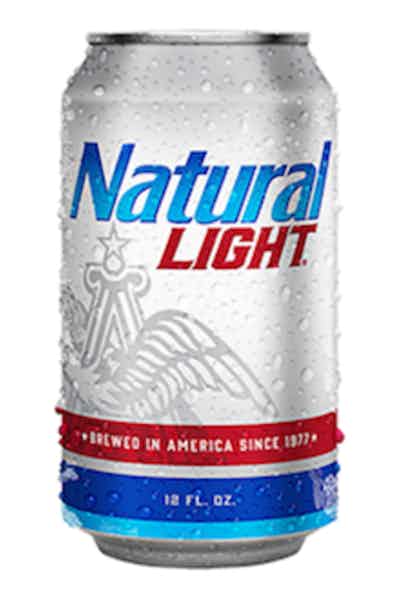 You can enter this contest from January 22, and February 3, 2019, where each winner will receive $351 (the average monthly student loan payment). Remember, the cash will get paid through the app.

Also, Natural Light is airing a 60-second Super Bowl commercial on February 3 in five United States cities. Below are the cities carrying the highest student loan debt in the US.

Surprisingly, the natty community will enjoy the Natural Light’s great news of promotion with Cash App. Remember, these promotions will enable them to get money to pay off their loan debt.

However, if you have a student loan debt, it’s very crucial to note the following to avoid inconveniences.

5 Tips After The Federal Government Shutdown

Despite the current recession, consumers have paid off more than $73 billion in credit card debt during 2020. This is the first time overall credit card debt has decreased since 2013. Since 2014, all debt (mortgage balances, auto loans, personal...

Lockdowns across the country prevented many people from eating out in restaurants, shopping in malls, retail stores, and vacation. This could be a contributing factor to the uptick in FICO credit scores. With less opportunity to spend discretionary funds, many...