Over 1 Million Children Fell Victim to Identity Theft in 2017 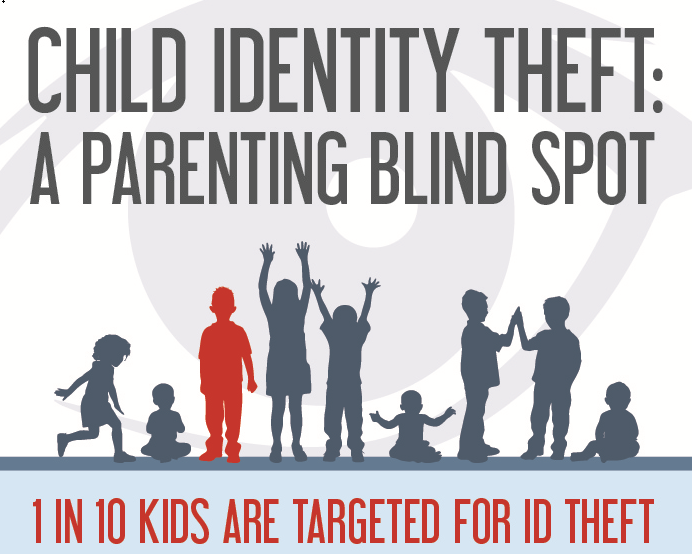 Do you think that identity theft is a problem that affects only adults? If you do, you are wrong. Last year, more than 1 million children in the United States became identity theft victims. Two-thirds under were under the age of eight, and another 20% were between eight to twelve. One in ten kids is targeted for identity theft.

That resulted in financial losses of around $2.67 billion, according to the Child Identity Fraud Study conducted by Javelin Strategy & Research. But money is the least of all concerns. A child whose identity has been stolen can face many problems in the future when trying to improve their credit history.

According to Al Pascual, Javelin’s senior vice president for research, “there were far more than a million (children) victims last year.” He states that children are an extremely vulnerable group because they cannot protect themselves.

Since child identity theft is an unexpected event, parents usually don’t react quickly. By the time they have discovered the fraud, the thieves are long gone, and all the parents can do is try to clean up the mess left.

It is also very important to note that data breaches are a bigger risk for minors than adults. In 2017, 11% of all households in the United States had at least one underage child. As many as 39% of the notified children became fraud victims, only 19% of the adults were notified about a data breach.

Children’s core identity elements such as Social Security numbers are of great value to criminals, and that is why they are more likely to fall victim to a data breach. A child’s identity information has usually never been used before, so they can’t find anything when banks or other companies pull a credit report. That gives identity thieves a clean slate to work with.

Identity thieves can buy a child’s Social Security number on the dark web for only about two dollars, according to Brett Shannon Johnson, a former identity thief who now helps in fighting identity theft.

The bottom line, the situation is more than alarming and requires everyone’s participation if we want to stop child identity theft.

What Should Parents Look for?

One of the warning signs is when your child receives a pre-approved credit card offer in the mail.

An identity thief uses your child’s Social Security number to create a so-called ‘synthetic identity.’ That means that they steal the SSN and use it with a different name, date of birth, address, and phone number to open a new and fake credit file.

This way, identity thieves can use this information for anything they want. For example, they can build up some credit score on the synthetic identity in a month, enabling them to apply for credit cards and loans, file fraudulent tax returns or get medical treatment. Johnson adds that “by the time crime is identified, by the time the child or parents discover they’re a victim, the crooks are long gone, and all you can do is try to clean up the mess.”

In May 2017, a single mom from Pennsylvania, Sara Woodington, found out that her 17-year old son was a victim of identity theft. In Texas, a fraudster had used her son’s SSN to create a synthetic identity for himself, adding his own name and address to get restaurant jobs in Austin.

Sara’s son, John, is autistic, and he can’t work while his mother lives on government assistance. She discovered the identity scam when her benefits were threatened because the authorities thought her son was working in Texas. She is now worried that her benefits will always be threatened and fears the potential damage this situation could inflict on her son.

Even though Woodington had the fraudster’s name and address, no one wanted to help her. She said that ‘the police told (her) to go to welfare, welfare told (her) to go to Social Security, and Social Security sent (her) to the IRS. It’s like a big bureaucratic circle.’ No one wanted to help her, which made her very angry and frustrated, which is understandable.

However, she is now getting help from the Identity Theft Resource Center, a non-profit organization. The CEO and president of the organization, Eva Velasquez, stated for NBC that “law enforcement is simply not equipped to deal with the epidemic of identity fraud” and added that Sara’s situation is common. 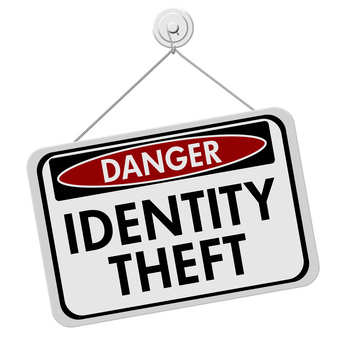 Who are The Fraudsters?

According to Javelin’s study, child identity theft is usually an inside job. As much as 60% of child victims actually know the perpetrator. And the perpetrator is often a parent or guardian, other family members, or a family friend. On the other hand, adult identity theft statistics show us an entirely different picture, where only 7% of the victims know who stands behind the theft.

It is so hard to prevent child identity theft because many fraudsters have legitimate access to the child’s personal information. Combined with the fact that children typically don’t monitor their credit and accounts, this makes them an easy target for identity thieves.

New account fraud is definitely the most common type of identity fraud committed against children. Here, the criminal uses the child’s personal information to open a new bank account or get a new credit card.

Director of consumer education and awareness at Experian, Rob Griffin, has a piece of sound advice for all parents: “Even if your child is too young to have a credit file, once a year you should investigate if they have a credit report.”

To do this, go to AnnualCreditReport and request a credit report if your child is fourteen years old or older. However, if your child is younger than fourteen, you have to fill out paperwork to prove that you have the right to access this information.

Griffin said that “if there’s no record on file, that’s a good sign; it says your child’s identity is not being used to commit credit fraud, and that may be the only step you need to take.” However, if your child has a legitimate reason (for example, you made them an authorized user for one of your credit cards), you should check the file to get an insight into their file and look for any signs of fraud. If everything is ok, it might be a good idea to place a credit freeze on your child’s credit file.

In 29 U.S. states, parents, legal guardians, and other minors representatives are allowed to freeze the child’s credit file at each of the three major credit bureaus: Equifax, Experian TransUnion.

Neal O’Farrell, executive director of the non-profit organization Identity Theft Council, thinks that children’s credit freezes are the right choice. However, he adds that “it (the credit freeze) closes that file off to new credit, the same as an adult credit freeze. It’s not going to prevent criminal impersonation, employment fraud, or tax fraud, but it will prevent the creation of a new account, which is what most identity thieves want to do.”

Eva Velasquez recommends that parents look for warning signs of child identity theft. You definitely want to know if someone uses your child’s identity for malicious purposes. The warning signs you should look for are:

If you find any of these, consider them mistakes. Instead, you should act right away.

How to Prevent Child Identity Theft

Since children cannot protect themselves, it is your duty, as a parent, to do it for them. And identity theft is not an exception.

Before we list any particular advice, we want to emphasize the importance of educating your children about this type of fraud to protect themselves as they get older.

Then, when you inform them on this topic and how serious it is, you can move on to the following steps:

If a fraudster gets hold of your child’s Social Security Number, they can do what they want. That is why you need to make sure that your child’s number is difficult to find.

Even though this step is unnecessary, the statistics we mentioned at the beginning of this article tell a different story. If you pay for your own identity theft protection, then you should do so for your child as well.

This means that you should keep a list of everyone (people and businesses) that knows your child’s SSN and other information that could be used against them.

This will make it easier for you to take the necessary steps if your child becomes a victim of identity theft. If you know who has made a mistake, you won’t have to cover your own expenses.

There are situations when you need to give out your child’s SSN, but there are also many cases when this is completely unnecessary. Also, if you are required to provide your child’s sensitive information, always ask how this information is handled and whether it is stored safely.

Your child probably spends hours at their computer or cell phone every day. This is one reason why it is straightforward for identity thieves to find their sensitive information through one of many (social media) accounts of your child.

Since your child is inexperienced, they will not be able to differentiate the situations when it is safe to provide their sensitive data and when they must not do it under any circumstances. That is why they should keep all their sensitive information off the web and computer.

You can never overprotect your child from identity theft. If you find a red flag, you need to take action right away. You should file an FTC complaint and include in it any evidence you have found (e.g., debt bills or IRS letters), then use the affidavit to file a local police report and inform all creditors and report bureaus about the fraudulent activity.

After that, you need to request that all fraudulent actions be removed from the credit report, pressure all credit bureaus to investigate the case and place a credit freeze on your child’s credit file.

We advise that you look at more ways of preventing child identity theft since this is the key to your child’s brighter future.

The statistics provided in the study by Javelin show that child identity theft is not to be underestimated. And while the government may or may not do something about it, it is your responsibility to take all necessary steps to prevent this from happening to your child.

Identity thieves are brilliant and cunning, and each day they come up with new ways to steal people’s identities and use them for malicious purposes. They often target children because children’s information is more valuable than adults’. If you want to keep your child safe, the best thing to do is follow the advice we gave you.

Educating your child about the dangers of identity theft is essential. It is a cruel world out there, and they need to know everything about this type of fraud so that they can protect themselves in the future.