How to Solve Student Loan Problems?

Are student loans another bubble yet to burst that will crash the US economy? It might seem that way as the total debt is $1.5 Trillion and the average class of 2019 graduate owing $35,205. However, hope isn’t lost and there are potential ways to mitigate this 800-pound gorilla. I believe that there are ideas that everybody can agree with which potentially include making the entire payment tax deductible, holding lenders more accountable, encouraging alternative careers along with skills based majors. 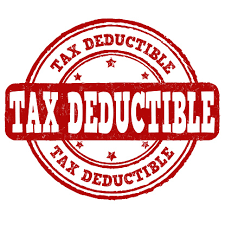 Currently, $2,500 of student loan interest is tax deductible. However, this phases out at $80,000 for single filers and $160,000 for married filing joint. This is somewhat insignificant considering many professionals like lawyers and doctors can make six figures fresh out of school while having six figure debt loads. This large debt load and limited deduction could deter many would be professionals leading to severe shortages. In fact, the U.S. faces 90,000 doctor shortage by 2025. While this has many causes, large student loan debt is a significant factor. Also, these large debt loads will deter entrepreneurship. For example, 90% of dentists are self-employed and this figure would significantly drop.

Another startling statistic is that the US Government will make $66 billion in profit off student loans. Since the government greatly profits off borrowers, they should consider making the entire payment tax deductible. This will motivate students to finish their degrees on time and find good jobs. These students won’t be desperate to work lower wage jobs and could potentially afford being choosier to find better paying jobs. This will also motivate more college material students to apply and obtain diplomas.

Student loans are also hindering the economy by curbing spending. Many millennial have limited funds to make significant life choices like  getting married or buying a home. Most of their discretionary incomes are funneled to loan payments, creating large opportunity costs. For example, by not investing early enough, these borrowers will miss out on the benefits of compound interest, which exacerbates the retirement crisis. Currently, the average balance for those approaching retirement is a paltry $12,000 while 45% of Americans have saved nothing. Many factors influence dismal retirement statistics, but student loans cause an adverse ripple effect with some 60 year old still owing.

Another significant reason behind high tuition costs is the availability of government loans. The lenders should be held accountable for approved loans as well as help guide people towards sound decision making. Many lenders will give out loans like candy to clueless 18 year old. The lenders should have stricter requirements like basing finance decisions on background checks and possible majors. This will give financial institutions an insight into the type of borrower that they will be working with. Unlike mortgages, student loans aren’t secured by an asset and carry a higher interest rate. Lenders shouldn’t think about only the rate they would receive, but also the long term impact of defaults, especially since more than 40% of loans are in default.

A few decades ago, a college degree was the golden ticket to a 40-year career and a solid middle class life. However, times have greatly changed and many graduates are working low end jobs that don’t require a degree. In fact, college has become the new high school because of this trend. These graduates have been told their entire lives that college is the only way to be successful. However, there are many ways to reach success including alternative careers. Some of these alternative careers include trade jobs like being an auto mechanic, carpenter, and electrician. Other modern alternative careers include web development and design. Fortunately, there are many careers that don’t require a degree and have high earning potential.

By having more people in alternative careers, the demand for college will drop. Thus, the prices will also drop due to basic economics. This simple economic law will be a major first step to make university prices reasonable. This will also help improve the economy because these jobs will always be around. No matter how complicated society becomes, it will always need plumbers and mechanics.

College degrees greatly vary and aren’t created equal. For example, some majors in the STEM field (think engineering and math) have higher earning potential along with better job prospects than soft majors like communications. Any program will give graduates certain skills, but others simply have more opportunity. In fact, the U.S. Department of Labor states that there will be an estimated 1.2 million job openings in STEM-related fields by the year 2018. This shows that there’s great opportunity available to those that obtain these degrees. While these degrees are generally more challenging than others, the return on investment is usually higher.

The price of a degree may have grown 6% more than the rate of inflation, but has its value kept up? This is debatable as many graduates report hardly learning anything. For example, Business Insider reports that 36% of students learn next to nothing after 4 years. One possible explanation is that colleges simply teach for the test and don’t require critical thinking. In fact, many students report being given similar questions before the test, which only teaches memorization.

One way to mitigate this is to encourage project based learning. By having project based learning, this will not only help student learn critical skills, but also prepare them for the job market. Many employers hesitate to hire someone with minimal experience. This leads to the “you need experience to get this job” catch 22. If graduates obtain more relevant experience, they will be able to find higher paying jobs and pay off their debt.

This situation might seem dire, but there are ways to solve this problem. Student loan proposals can be controversial, but there are plans that everybody can agree with. Some proposals could potentially include tax deductible payments, accountability for lenders, alternative careers and practical majors. What else can mitigate the student debt problem? Please tell us below!

Types of The Most Common Loan Scams

Financial Conversation You Have to Have with Your Teen Before College

Every time that your kid continues to grow, as a parent, your responsibility towards them increases, at least until they are adults. When your child steps into his/her teenage years, you should start training them to become adults. When adulthood...

What Should You Do when The Student Loan Grace Period Ends