It’s another step back for the American youth.

Thieves are robbing teens over Instagram for their paychecks!

Members of social networks like Instagram and Twitter use “hashtags” to categorize trending topics. Tags like #myfirstpaycheck grew in popularity over the years. This is because people thought it was cool to show off their first paychecks at new jobs. They would take a selfie with their paycheck without realizing that they would be revealing too much information.

This allowed fraudsters to steal a lot of money. Every paycheck poster was at risk of becoming a new identity theft victim. The scam took a long time to catch on, not fully revealing until the Minnesota arrests. People are more aware of this bank fraud method now, but many are still unaware and share their social media paychecks.

What Is The Problem?

Most users don’t think to block out any sensitive information showing in their checks. This means they are giving viewers all the information they need to steal their money. The thieves typically manage this by making duplicates of the check and then sending a “runner” into cash.

Behind the scenes, the operations are more serious than most would think. These fraudsters make fake bank accounts in the names of the social media victims. From there, the thief has the ability to create new fake checks.

The amounts lost through this scheme were staggering. In Minnesota, things got serious as 20 arrests went down for identity theft, bank fraud, and more. The group stole over $2 million from 49 different banks across the United States. A big part of this came from cashing checks posted on Instagram.

How Does The Scam Work?

We don’t want half of the story. We want the full truth!

My first thought was that the fraudsters would use a mobile banking app to cash the checks. That’s not the case. The crime ran much more complicated. The 20 participants were all organized, running in a hierarchy. Three don’t run the show, while many recruiters worked under them to get the cashers. At one point, even a manager at a financial institution was in on the fraud.

Shockingly, it’s a full-blown identity theft ring. The forgers would search on social media websites for pictures of user’s paychecks. Popular hashtags like #myfirstpaycheck made it easier to find potential victims. After finding them, the forgers would use their paycheck information to create a new account in their name. From there, they can create new checks and later cash them through recruited participants.

What Can Victims Do?

First, any victim of a check-jacking scam should take a long, hard look in the mirror. This type of check fraud is one that should not exist. It’s common sense. There are dangers involved with publicly sharing sensitive information. Plus, if there’s a dollar that can be made, there’s always someone trying to make it.

These victims have to take this experience as a life lesson. Especially for those losing their first paycheck, it’s about time to be more cautious. Social media is a dangerous weapon when left in the wrong hands, so users need to protect their data. Posting checks, debit cards, and credit cards online are foolish, at best.

In regards to recovering stolen funds, there’s not much one can do. The social media websites aren’t at fault for making a mistake possible. The fraudsters are not easy to trace down to take to the court for the stolen money. Victims can only work to protect themselves from further dangers. Contacting the credit reporting bureaus about identity theft is a good start.

What is The Worst-Case Scenario?

In this situation, the victim’s worst-case scenario is much worse than just losing their paycheck. By sharing such information online, they run the risk of becoming a full-blown victim to identity theft.

Each year, over 12 million people are victims of identity theft in the United States. 7.5% of American households also reported some types of identity fraud. There’s no doubt that the people posting their paychecks online have a better chance of becoming victims.

FICO offers up to a million dollars in insurance compensation to help victims restore their credit. This allows the victim to pay for stuff like replacing stolen documents, lost wages, and travel costs.

Identity theft triggers a big FICO score drop in the short-term. During this time, credit applications are almost a waste of time. The ones that work out will come at a much higher interest rate. It can also be quite a battle for the victim to remove the identity theft mark from their credit report.

The good news is that full credit recovery is easy enough when the victim is not at fault.

What Can Parents Do?

Never avoid discussing online security with your teenager. Social media is becoming a big part of people’s lives. It’s easy to make the mistake of thinking what you share stays within your trusted circle. Sensitive information like banking and checking information is stuff people should never post online.

Next, if this happens to your child, you might want to think about other security concerns. This lack of consideration to the safety of actions is likely to apply in other decisions. You might want to safeguard your teenager’s credit availability before it’s too late.

The bust in Minnesota happened, but it was not the only case where the theft occurred after sharing social media data. There are still criminals using this technique, but more users are now aware of the security risks involved.

NeedADebitCard is an automated Twitter account that re-posts photos of user’s debit cards. This is another example of a social media security risk created out of stupidity. Identity theft and bank fraud are real risks, and that’s how people should treat them. People are catching on, as re-posts are now rare, while they were more than once a day.

The issue of social media blunders has floated around for many years. Forbes reported that many were making the mistake of posting their credit cards online. This is even worse than sharing a picture of your debit card. A bad actor can max out a victim’s credit card just by using the numbers.

It goes without saying, “A fool and his money are soon parted.” 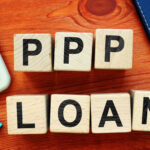 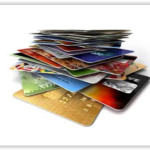