Why Can’t I Use My Chip Card Everywhere? 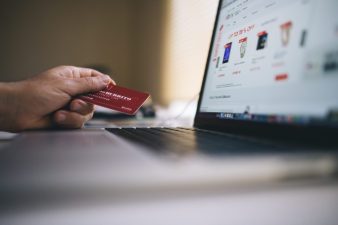 What are Chip Cards?

The majority of Americans are accustomed to the traditional debit or credit cards that feature a magnetic stripe down one side, which is swiped at terminals when you make a purchase. The magnetic stripe stores all the card’s data, which means that it is easy for identity thieves to commit fraud with your card if the card is stolen. Chip cards still have a magnetic stripe, but there is no stored data, as they are also embedded with a microchip, which creates a new transaction number every time you use the debit or credit card to make a purchase.

In effect, it means there is no stored data that can be stolen, making chip cards more secure to use, as they are far ahead of magnetic stripes when it comes to card security. There are two ways to pay with chip cards: chip and pin, chip and sign, with the first being the most secure method. Most retailers ask for a chip and pin, and some also ask for a signature.

The Impact of Chip Cards on Fraud

The impact of chip card technology on credit card fraud worldwide and particularly in the US has been extremely positive. In fact, Visa announced that in the US, just 3 months after the merchant shift deadline, it noted a 26% decline in fraud at chip-enabled retailers.

Bear in mind that criminals are intelligent and hell-bent to make money on scams, so it was inevitable that some chip card scams have popped up. Fortunately, it has become more difficult for fraudsters to steal the data and create counterfeit cards, so they have switched to stolen ID’s to create new accounts in your name.

Taking effective steps to protect your identity and personal details is even more important than it ever was.

Why Can I Only Use My Chip Card in Some Stores?

Chip cards, or EMV cards, is a global standard term for debit or credit cards based on chip technology. The name is derived from the card schemes, namely Euro pay, MasterCard, and Visa, the original card companies that developed the chip technology.

EMV cards have been used in other countries for many years but have only recently come to the US. Banks and retailers had been unwilling to take on the expense of updating cards and point-of-sale terminals. However, a couple of years ago, card companies announced that merchants who did not accept EMV cards at checkouts by 1st October 2015 would be liable for any fraudulent card transactions, which in the past were usually absorbed by the banks.

Although more than a year has passed since the October 2015 deadline, only 1/3, about 1.7 million US merchants accept chip cards.

Why Haven’t All Merchants Switched Over to Chip Cards?

There are various reasons why many merchants have not upgraded. Some feel the cost is prohibitive to upgrade to chip-enabled terminals, while some smaller merchants, where fraud is not a big issue, decided to avoid the hassle, the extra cost, and don’t upgrade.

Several merchants who have made an effort to upgrade have had problems with getting all the necessary equipment, marrying the new terminals to the existing systems, and making sure they are working properly before customers can make use of them, sometimes problematic.

The process speeds up somewhat after Visa announced, in June 2016, certain initiatives to help chip card migration for merchants.

When Will Be The Full Migration of Chip Cards in America?

That is not an easy question to answer. Some financial experts agree that it could be as long as 3 years or even longer before full migration is performed. For example, the deadline for automated gas pumps has been extended from October 2017 to October 2020. The reason given is technological challenges with hardware and software.

Certain ATM operators had deadlines for October 2016, and others by October 2017. Those who do not comply will face full responsibility for fraud that may be committed at their machines.

Perhaps it is unfortunate that there is no legal obligation to switch over to a chip card system. The cost for a chip card ATM migration is extremely high. Some ATM operators say they will try their best.

It would therefore appear that there will be a profusion of non-compliant ATM’s in the US for many years to come. The danger is that these ATMs can be hijacked to read the data stored on a card with a magnetic stripe.

Are Chip Cards Really Safer to Use?

Studies have proved that they are definitely safer than the conventional card with a magnetic stripe. The chip contains a unique code sent to the merchant each time you buy something. This code is changed with each purchase you make, which hackers cannot use – even if they find it.

If a hacker uses the code to make a fraudulent purchase, it will not work, and no purchase will be approved. It will be just as useless to scammers as using a password that is long out of date.

No data is on the microchip (all of which is contained on a magnetic stripe), so nothing is sent to the merchant, and your card will be much harder to counterfeit without that information.

If you have a credit or debit card with an EMV chip, you should use it as often as you can for security purposes. If you do not have one, ask your bank or credit card company to issue you with an EMV chip card. It is far safer for you to use than the old-type card with a magnetic stripe.

Fraud and identity theft are huge, multi-million dollar worldwide business, with rich-pickings in the mighty US!

Hundreds of thousands of people are scammed each year. Some are fortunate enough to get some of their money back, while others lose everything. People use companies that offer identity theft protection for help. That way, many scams are successfully avoided.

You do not have to be a statistic or a victim when it comes to identity theft. Stay vigilant, query every suspicious transaction on your account, and not give your personal details to anyone you do not know or trust.


Our Guides
• The Truth About Credit Card Fraud • How Many Credit Cards Should You Have? • The Guide to Choosing the Right Business Credit Card • How to Manage Your Credit Cards While in Debt • Tips for College Students to Get the Best Credit Card Offers

How to Qualify for Any Credit Card, Even if You Don’t Meet The Qualification Requirements?