What is The Difference Between Identity Theft and Credit Card Fraud? 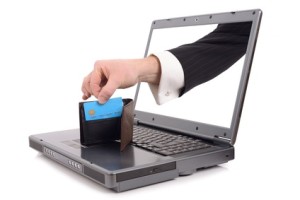 One of the most predominant crimes today is identity theft. It has more than 10 million victims annually, with various governments and federals trying everything possible to come up with intervening laws that will protect consumers. While several people have been threatened a couple of times by identity thieves, quite a few have made the bold steps to equip themselves against this kind of crime.

Conversely, another growing crime is credit card fraud. Credit card frauds have incurred a loss of about 10 million dollars, and more shocking is that this figure is just from individual consumers.

One of the most well-established credit cards defines credit card fraud as when somebody steals another individual’s credit card information and makes falsified purchases or even charges.

So, what is the common use of credit fraud? Once they have obtained the targeted personal details, they take over existing credit card accounts, open new credit lines and start spending money like they don’t care anymore. Continue reading to have a clear insight if the many tactics that identity thieves apply when committing credit card fraud.

Equipped with your personal information, for instance, name, Social Security Number, date of birth, fraudsters can easily impersonate you to open new credit lines. They also get an advantage of applying for new credit cards using the victim’s name or sometimes steal prescreened ones from their mailboxes. Most targets are not aware new credit cards have been taken under their names until they start receiving calls and emails from different debt collectors or denied loans simply because of low credit scores.

Apart from opening new credit lines, most identity thieves can use fraudulent information to take over existing accounts. They make this possible by using their victims’ personal information to verify the fake identity as the real one. After this, the thief changes all the details of the account, i.e., PIN’s and the mailing and billing addresses. Once an identity thief has taken an account, it becomes tough to win it back to the rightful owner before the impostor causes financial havoc.

By using portable card reading devices, fraudsters can steal information from victims’ credit cards. This crime is normally very subtle that victims only get to notice it when seeing abnormal charges on their credit card statements. Anyone with a habit of giving employees at stores or even restaurants their credit card risks is a possible target. Other skimming devices can also be implanted into ATM slots. They assist identity thieves in acquiring crucial card information. It is tough for casual observers to notice these devices.

Phishing is a trick used by most identity thieves to make victims innocently give their personal information. They can even go to the extent of sending fake emails that appear to come from banks and other known websites. Some thieves send out e-mails that appear to be from banks or popular web sites. They give links that, when clicked, give you an option of entering your personal details before verification. There are those scammers that personally call their victims to get this information. This verification is commonly referred to as vishing. Here, the fraudsters pretend to be representing the IRS or the personal bank of victims. They then request victims to verify their bank and personal details or, in some cases, give a phone number where the info can be entered just with a touch-tone phone.

If anyone uses someone else’s credit card without authorization, then that is a fraud. Credit card fraud is now becoming widespread and lucrative. To always be safe, never give out your personal information over the phone. Also, avoid so much clicking on emails contained on the Internet. Make sure that you only pay with your credit card when it is necessary. And learn to stick with trustworthy businesses. Additionally, make sure you monitor your credit card statement. This is because some fraudsters may make small changes that aren’t alarming. If, in any case, you realize suspicious activities on your bill, immediately contact your card issuer.

Identity theft is in different forms and requires much more than your credit card info. Their energy is never focused on credit fraud alone and many other kinds of id theft, such as medical identity theft and criminal identity theft. Some may opt to use others’ personal information to avoid the rule of law whilst comfortably living using other people’s identity. Others, mostly illegal immigrants, use fake social security numbers to get legit jobs.

Certainly yes! Identity theft is now more than ever becoming a major concern worldwide and in more developed countries. Below are some of the common effects and causes of this widespread crime.

No dong that your wallet is the key to your bank accounts, credit cards, and even most of your personal information. Wallet theft may, in all probability, lead to identity theft crime. When you realize that your wallet is stolen, you need to immediately report to the relevant authorities and cancel all your active bank accounts and active credit cards. Most ID thieves are very quick and will make sure all is changed before you even know it, so you really have to act speedily the moment you realize your wallet is missing.

Spamming is today very common to almost everyone that uses the Internet. The confirmation email that claims you have won the lottery to get your personal information has become a regular irritant. So be vigilant and don’t respond to spam emails, and if you notice that something is sounding just too good to be true, then most likely it is.

The mailbox is also very sensitive. At times ID thieves can take mails from your mailbox without your consent and obtain personal information. They might even go to the extent of changing your address by filling out the change of address form. Well, this is certainly something that you may not realize until it is too late. So each time you’re your bills or reports delay arriving, immediately get in touch with the authorities involved. Instead of throwing away emails that possess your personal details, always shred them. Several identities are stolen out of a trash can, so ensure you don’t join the long list of such victims.

The short-term effects of identity theft are criminal activities in your blameless name and financial losses.

These are effects that exist for a short period of time. You may see your credit cards canceled, higher insurance costs, extra banking fees, and many other financial losses.

The stress of ID theft may top the list of the most overwhelming effects of ID fraud. Most victims always have to undergo canceling after being affected, and others become unreasonably paranoid about protecting their private information.

Who is Involved in Identity Theft and Credit Card Fraud?

Most cashiers and clerks from department stores are identity thieves and credit fraudsters. A good example is when you get to pay for a purchase. You give the cashier your card, who “skims” over it to obtain the credit card information, which later on uses against you.

Computer hackers are also notorious ID thieves. They mostly hack into They often hack into online records and use them for their own gain. Normally they pass through the backdoor of just a website to acquire information that most likely belongs to unprotected individuals who have very little knowledge when it comes to operating computers.

These criminals hoax most Internet users to reveal their personal data through fake websites and forged logins. They also send emails to several people claiming that they are legitimate representatives of banking institutions. They normally request your private info, and after you reply with all the necessary information, they use it for their deceitful activities.