Identity Theft and Scam Trends in 2019 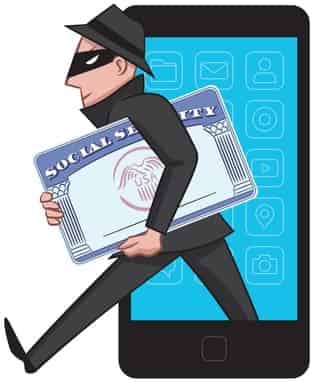 In the years 2017 and 2018, the U.S. citizens experienced plenty of serious data breaches which traumatized a large chunk of the population.

According to the Identity Theft Resource Center, 1,632 cases of data breaches were reported in the United States in 2017 and 1,244 cases in 2018. As much as the number recorded in 2018 was less compared to the preceding year, the Center’s report indicated a significant jump in the number of consumer records with sensitive personally identifiable information (PII) in 2018.

Alongside data breaches, millions of people were victims of identity theft and scam crimes that occurred in those two years.

There is no perfect way of avoiding identity theft, scams, and data breaches, however, you can minimize the possibility of becoming a casualty by knowing what could lead to such instances. Elite Personal Finance asked experts to predict scam and identity theft trends that can happen in 2019. Here’s the finding.

The cases involving data breaches are not as bad as one might think, they were far worse. Personal information gets stolen; through data breaches which continues as a significant problem, one that exposes the victims to the danger of identity theft, potentially a lifetime-especially when the Social Security numbers are stolen along with the other the information. We have many entities with weak security holding too much personal information; hence, they are the primary targets for hackers, whether private or government owned.

Therefore, it’s imperative that as an individual you do all you can to stay vigilant, limit the places in which you leave your personal information. For example, why should your doctor ask for your Social Security number, when he or she doesn’t even need it?

It’s very likely that we shall see a few more sensational data breach cases dominating the headlines in 2019. So to speak the truth, data breaches happen every day, every time, all over the world. Some cases make it to the news, and others go unreported, but they are there. Therefore, 2019 is not going to be any different.

The biggest threat in 2019 concerning identity theft, will possibly result from the extensive data breaches. In what’s becoming a shocking trend, the massive data breaches has dramatically shot up over the past couple of years. The pattern doesn’t look like it’s going to slow down, even though there is a significant increase in awareness surrounding the issue.

2019 is a year in which businesses should remain alert about their internal threats, more than external threats and those from the overseas. Most of data threats come from the employees who have no education on cyber security. A perfect example is “phishing emails” which is gaining ground. Major hacks have resulted from opening emails from malicious senders.

We expect more businesses to invest significantly in internal security training, to educate the staff on proper ways of creating passwords, methods of identifying phishing emails, storage and deletion of data in an appropriate manner and a lot more.

You may keep your home network safe, however, if your company is hacked you quickly become a victim of personal identity theft from the stolen information. According to the Crime report by the FBI’s IC3’s,  Business Email Compromise and Email Account Compromise contributes to the most money lost. What does this mean? A hacker can break into your company’s and steal all your personal information starting with the social security number, full name, home address, driver’s license number to mention a few. Unlike in the past, today, skilled hackers leave not trail in the web that an expert can follow easily. The stolen data is auctioned in the dark internet where the highest bidder carries the day.

Individuals, as well as the organizations, should prepare for cyber attacks and malicious breaches, many of which occur via email.

Here are Some Tips to Identify Malicious emails

If for example, you receive an email with the ‘To’ field left blank, it’s a clear signal that it didn’t come from the distinguished sender. Emails from companies baring wrong grammars and spelling errors should make you suspicious. Large companies have editors and copywriters who ensure that email communications are accurate. Furthermore, you should red flag an email that has a “Hello” with no name following it.

There is this type of identity theft that is gaining ground, synthetic identity theft. It occurs when two or more different information is joined to form a false identity.

The worst thing is that victims of identity theft, as a result, do not get employment in cases where companies run background or credit checks.

Medical identity theft is also emerging at a fast rate, and patients experience problems with their insurance copies.

Overall, you must remain on the lookout for any possible identity thefts, scam, and data breach waves. As much as you may not be in a position to prevent any of them from occurring in 2019, you can take specific precautionary steps to protect yourself.

Tips to Help You Stay Away from Tax Scams 2021

Social Security is one of America’s most valuable social resources. Out of the 50 million individuals benefiting from the monthly payouts, over a third are lifted out of poverty, with at least 15 million retired workers. Social security is a...

How Does Tax Identity Theft Fraud Occur? In modern society, crime is part and parcel of daily trends. Many individuals and companies have lost a fortune, in cyber security crimes. Tax identity theft is a rampant activity today. It's almost...