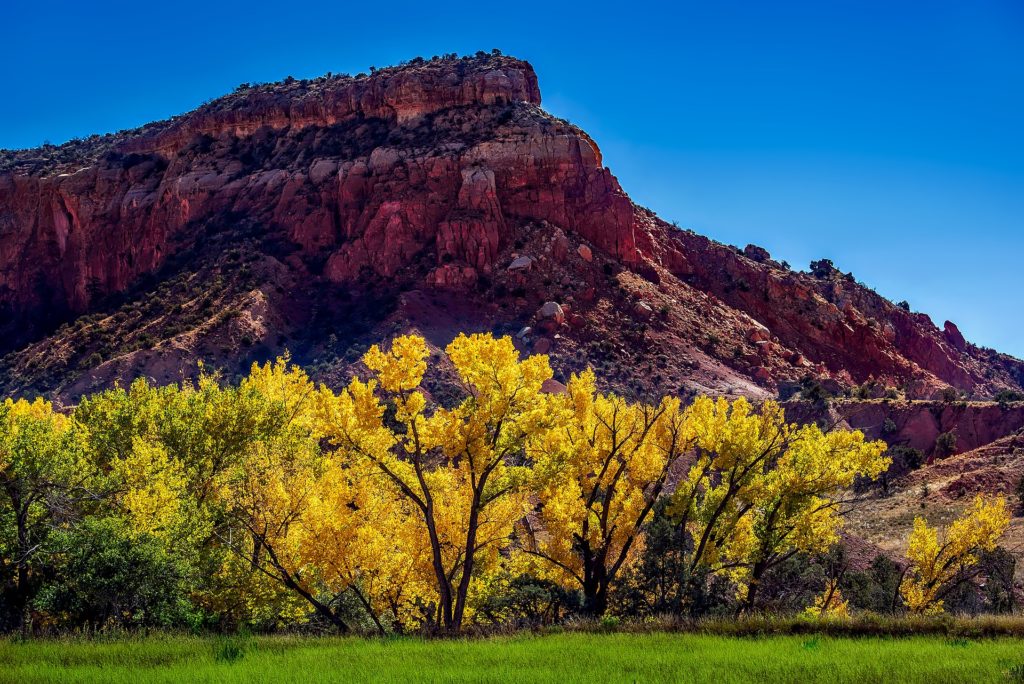 New Mexico is a state located in the southwestern region of the United States. It borders Utah, Colorado, Texas, and Arizona, as well as a part of Mexico to the south.

New Mexico became a state very late, in 1912. Before that, it was home to Native Americans and it was a Spanish colony. After this, it was a part of independent Mexico, but became a part of the US after the Mexican-American War. This is the reason why New Mexico has the highest percentage of the Hispanic population of all states. Likewise, its culture is a mix of Native American, Spanish, Mexican and American cultures.

The capital of New Mexico is Santa Fe, while the largest city is Albuquerque, which has 560,000 residents. With over 2 million residents, New Mexico is the 36th most populous state. It is also the fifth largest state by area and the sixth least densely populated of all states.

The violent crime level is very high in New Mexico, which can be concluded from two facts. The first one is that this crime increased by 12.2% in the period from 2016 to 2017, which is 12.0% per 100,000 people. The other proof is that crime score in the safest places in New Mexico is much higher than in most states, which you can read in the table below.

Crime Score in All Cities in New Mexico 2020

In case your city didn’t make our list, you can take a look at our full list of New Mexico cities.

Safest Places to Live in Nebraska 2020